I wanted to create a Scheduled Task on my Citrix Servers to have the reboot every other night.

The idea is that half of the servers will reboot in a night and the other half the following night.

The TSSHUTDN tool is handy since it can issue a warning to logged on users, log them out after a certain period and finally issue the reboot.

Since I needed to add a scheduled task to many servers I wanted to do this with a script.

END_OF_DOCUMENT_TOKEN_TO_BE_REPLACED

In every project I do I will have to migrate data at some point. This usually involves three types of data:

Home Directory Data is usually a flat copy although I tend to filter out the garbage (temp files and such).

Workgroup data usually needs to be cleaned up so it involves some kind of data mapping (folder x goes to place y).

Application Data is usually a flat copy from old to new location but often there are things like ini files that are adjusted and we don’t want to overwrite that.

END_OF_DOCUMENT_TOKEN_TO_BE_REPLACED

When the value is set to 1, and LogonType key is also set to 1, it allows you to use a Friendly UI on a computer joined in a domain:
END_OF_DOCUMENT_TOKEN_TO_BE_REPLACED

END_OF_DOCUMENT_TOKEN_TO_BE_REPLACED

I don’t do much programming in .NET based languages but I have to for some things like the Windows Live Writer plugin I am creating.

I didn’t expect this but the String.IndexOf Method is by default case sensitive.

But we can make it case insensitive if we use one of the overloads: IndexOf(String, StringComparison). 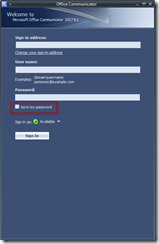 Enabling Privileges for WMI in PowerShell

A few days ago I wrote about a PowerShell Script to Install Printer Drivers.

I noticed there was a problem with this script: some drivers fail to load with error 1797 which means ERROR_UNKNOWN_PRINTER_DRIVER.

I reread the AddPrinterConnection documentation on MSDN but it didn’t mention anything about additional required permissions or anything.

But then I read the remarks sections of the Win32_Printer Class and it mentions that for some operations the SeLoadDriverPrivilege is required.

But how to do this in PowerShell?

I didn’t find a way to enable a specific privilege but we can enable all by setting Scope.Options.EnablePrivileges to $true.

END_OF_DOCUMENT_TOKEN_TO_BE_REPLACED 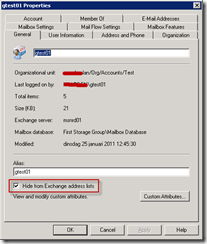 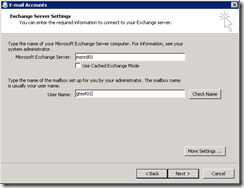