After some digging around I found a file debug.js:

In that file I set the line ‘enabled’ to True 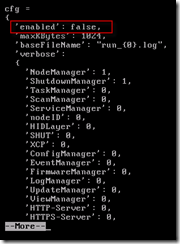 Then I restarted the server (sudo service Eaton-IPP restart) and retried. Now a logfile was created named run_yyyymmdd_hhmmss.log.

In that log file I could see that it found the UPS but it resolved the name to the name of pc that at some in point time has had this address: 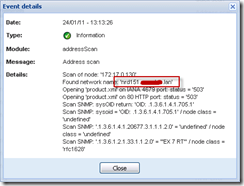 So I created a static IP for the UPS but if you look again in the screenshot above there are also some HTTP 503 errors which means service unavailable.

I then opened the Network settings on the UPS and changed the Read-Only Security Level from Auth No Priv:

to No Auth No Priv:

After adding the UPS I could enter the username/password (default is admin/admin): 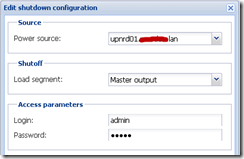