After the compile we need to copy the .ko file, in my case vmxnet3.ko to the Altiris server, it needs to be placed in 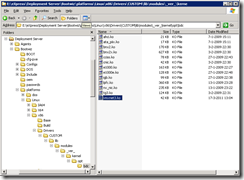 And the final step is to rebuild the PXE Image, goto the PXE Configuration Manager and select Linux in the Regenerate Boot Images part and click Regenerate: 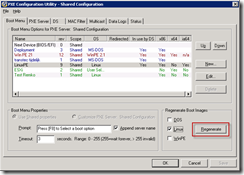 When the regeneration has been completed you must click Save and wait until all servers are updated:

In the Status tab you can check the Progress (this may take a while!):

And when it’s updated, boot the VM and check:

For your convenience the compiled binary can be downloaded below (but do know that if probably only works on the same kernel version).