At the same time the transfer rates were very low: 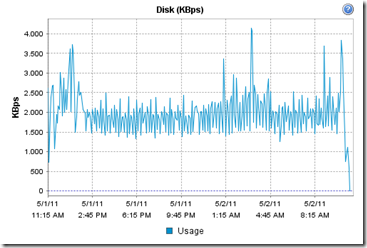 A look at the CPU Ready and CPU Wait counters was the final confirmation that storage was the bottleneck.

To view these counters, select the VM in question and go to the Performance Tab and click Advanced:

Then add the counters:

These counters indicate that the CPU is waiting for something (the storage in this case).
You will want these numbers to be as low as possible and they are very high here: 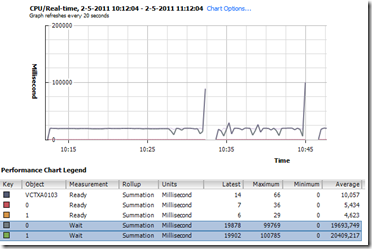 On the VMWare console I noticed the following errors:

I went back from deploying multiple machines at once to just one but this didn’t improve the performance at all.

The article states: When the Battery Backed Write Cache is not included in the configuration, even moderate disk I/O can negatively impact server performance.

In my opinion the article actually says: performance without the battery backed cache module is is absolutely horrible and there is no way you can successfully run any Virtual Machine on the hardware without it!

And then, to my great relief,  the upgrade hardware (including the BBWC) was delivered. So I immediately built in the BBWC because I wanted to include the results in this post:

After placing the BBWC module it will not be activated until the battery has been sufficiently charged:

And then the results are amazing: 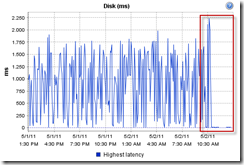 And finally a successful deployment: 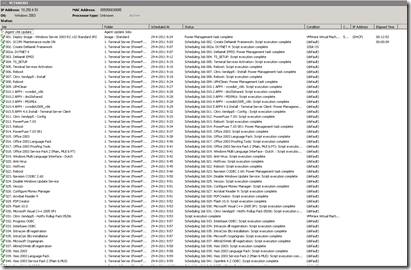 Especially the time needed for restoring the base image went down a lot (this includes not only the actual restore but also sysprep, network config and several reboots).