The Windows 8 Consumer Preview is downloaded as a Web Installer called Windows8-ConsumerPreview-setup.exe.

On my system the Web Installer crashed while checking Application Compatibility: 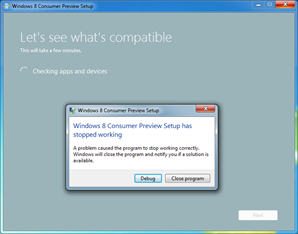 I clicked the Debug option and launched the Visual Studio debugger: 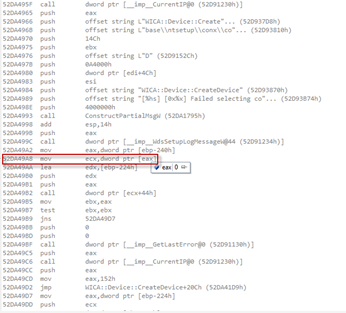 Websetup crashed in Wica.dll (Windows Install Compability Advisor) because eax is null (smells like a bug), so I wanted to do some more analysis. Wica.dll comes bundled with the Web Setup and is extracted along with the other bundled files into the temp folder (in my case %temp%\1fd52b5b-2609-4156-ac02-49dca27a0a8d\WebSetupExpanded).

In the WebSetupExpanded folder is an executable called WebSetup.exe but when we launch it directly we get an error:

I figured we needed the pass some argument on the commandline to run it directly, so I loaded Websetup.exe in Ida Pro. Websetup parses it’s commandline in an internal function called ConX::Setup::Web::CWebSetupCommandLineInfo::ParseParam 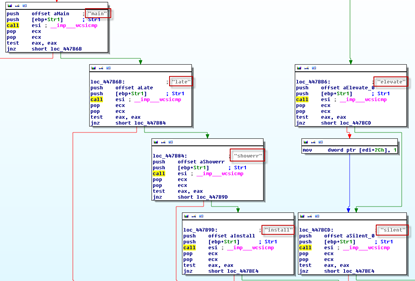 In the screenshots we can see that the following commandline arguments are being checked:

So let’s see what they do:

/main is required to start without showing the launch error.

/late shows a dialog to enter the product id: 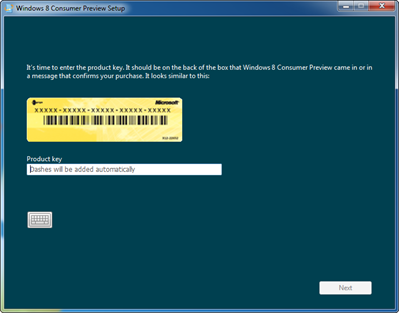 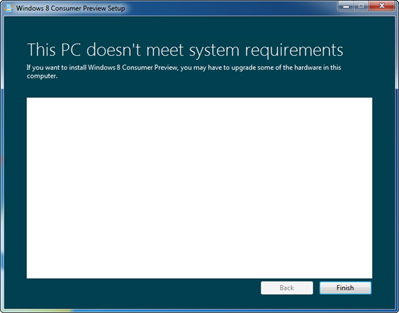 /elevate and /silent are meant to be used together with the other switches.

So in order to run the WebSetup from the debugger I needed the /main argument.

Very nicely: Because I ran the debugger I noticed that Websetup outputs debug info:

From this debug output I could see that is calls WicaInventory.exe and writes a log file and an XML file into %AppData”%\Local\Microsoft\WebSetup\Panther\”.

Interesting to see what’s in there.

But finally we get to the point where it crashes:

From the disassembly we can see it’s a bug, at function start is the instruction xor edi, edi (after which edi is 0) after that follows and [ebp+var_240] which makes that variable 0 (var_240 equals ebp (the stack pointer) – 240h which you saw in the Visual Studio debugger screenshot):