A user reported that the following error while visiting a website on a Citrix XenApp server: 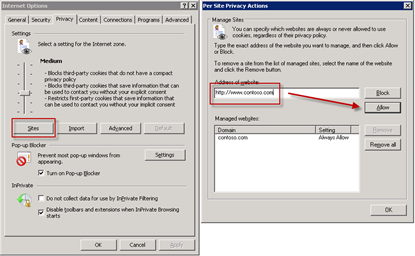 But this didn’t work, but I noticed that the site was “flickering” a lot so I suspected that HDX Flash Acceleration was the problem.

END_OF_DOCUMENT_TOKEN_TO_BE_REPLACED

I needed to login as root on a Linux based virtual appliance to do some troubleshooting. In my case the appliance was running Suse Linux Enterprise.

I booted the VA using the Ubuntu Live CD and opened a Terminal. Then I used the cfdisk tool (sudo cfdisk /dev/sda) to view the partitions: 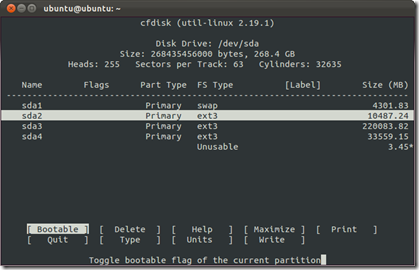 END_OF_DOCUMENT_TOKEN_TO_BE_REPLACED

If you want to Create an Active Directory group with PowerShell there are a few things you need to be aware of:

First of all there is no direct way to create new objects in Active Directory. You always need to bind to the Domain or an Organizational Unit and call the Create method.

However the group is not yet complete:

END_OF_DOCUMENT_TOKEN_TO_BE_REPLACED

When Launching a PowerShell script I noticed the following error: “AuthorizationManager check failed.“

This happens because either the Current User or the All Users PowerShell profile is empty.

END_OF_DOCUMENT_TOKEN_TO_BE_REPLACED

Imprivata fails to logon with special characters in the password

Users reported that logons failed after they had changed their password. After contacting the users we learned that this only happened with special characters in the password like ! and +.

To do the actual logon to Citrix Imprivata uses an executable which is actually an AutoIT script compiled to an executable.

After authentication the executable get’s the password from the Imprivata Appliance.

I decompiled the executable to source and read the line that passes the password to XenApp:

END_OF_DOCUMENT_TOKEN_TO_BE_REPLACED

Last week I wrote about an error message the users received when opening documents from SharePoint.

The article showed how to fix the problem but it didn’t feel good that I didn’t know where this “TreatAs” value was coming from.

I figured that I could read the timestamp key from the registry to see at what/date time the value was created. This value can be read using the RegQueryInfoKey API but there are various tools that can read it.

END_OF_DOCUMENT_TOKEN_TO_BE_REPLACED

It’s a commandline tool that takes no arguments:

Have fun with it!

Today I was troubleshooting a message that appeared when a user tries to edit a document from SharePoint on a Citrix XenApp server.

The user browsed to a word document on Sharepoint and selected “Edit in Microsoft Office Word” from the Combobox:

This would present the following error message to the user:

END_OF_DOCUMENT_TOKEN_TO_BE_REPLACED

A little warning before we go on: the Lync Client was not designed to run with multiple instances. Or better said: it was designed specifically to prevent this, let’s see how it does this:

When a second instance of Lync is launched it checks if the Global Mutex exists and if it does it fires the Global Event. The Main instance has a thread that waits for this event using the WaitForMultipleObjects API.

END_OF_DOCUMENT_TOKEN_TO_BE_REPLACED

I am running natively, so I am not using ThinApp or App-V.

I will follow this up later with a how-to blog.