Without the compatibility flags the application will return the Computername and Username when pressing the buttons: 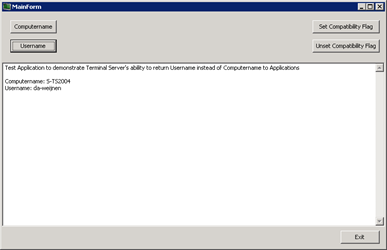 When you press the Set Compatibility Flag button the following registry key will be created:

In this key a DWORD value Flags will be set to 18 HEX.

You need to restart the test application to test the new behaviour: 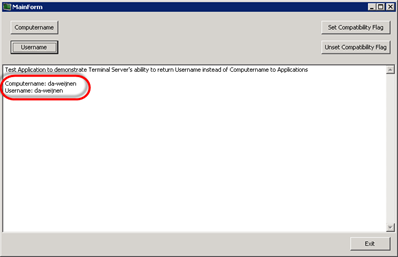 
One Response for "Return username instead of computername to Applications"