Inside the "Zuweisung XDS" file was the following interesting piece:

Zuweisung means "to grant" in English.

RDW stands for Rest der Welt, "Rest of the World" in English.

The rest is pretty obvious, for the Passat we can enable XDS by setting Adaptation channel 67 value to 1.

I don’t know to which vehicles those part numbers match but since the Passat B7 shares it’s control modules with the Passat CC I presume it will work on the CC as well.

It’s also possible that the Passat B6 is included but I can’t confirm this.

The Touran is also mentioned as 1T_Touran_2003_RDW and 1T_Touran_2011_RDW but it’s not clear (to me) what the correct value should be because the script seems to popup a dialog. Based on the input in the popup the value is set to 0 or 1.

I passed all of this information to Ross-Tech a while ago and it seems like it was processed in the latest VCDS Beta, version 12.10.4. Thumbs up to Ross-Tech!

So let’s test this on a Passat B7! 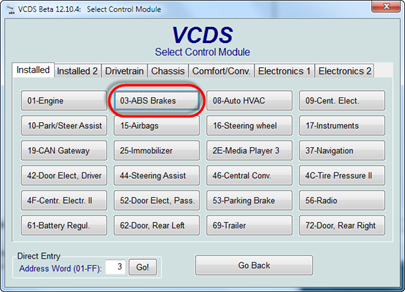 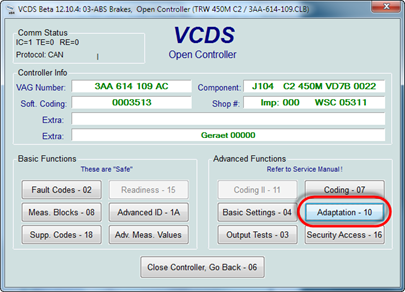 Select Electronic Differential Lock (XDS) and set it to 1: 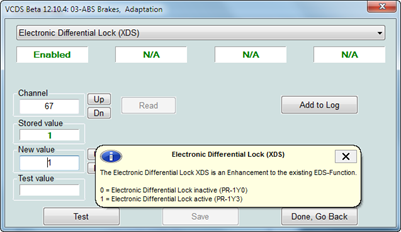 Or if you use an earlier version of VCDS, enter 67 in the Channel box and click Read: 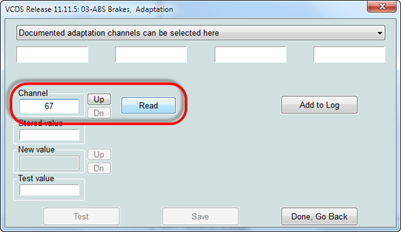 Set the New value to 1 and click Test followed by Save: 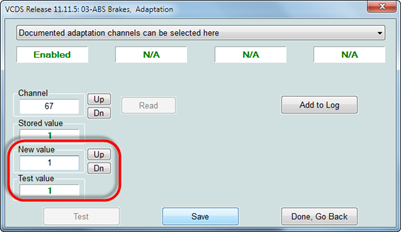 
3 Responses for "Activate XDS with VCDS on Passat B7"