The Process Monitor trace shows that the application tries to register an ActiveX component at launch: 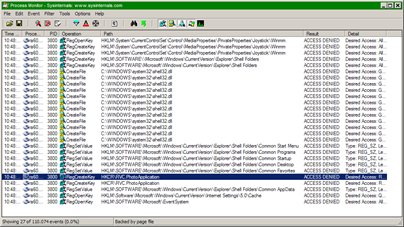 Even though the failure to register the component is not blocking, it’s a good idea to fix this issue by either changing this registry keys permissions or by adding this key to HKCU\Software\Classes (HKCR is a merged view on HKLM and HKCU Classes key).

The Process Monitor trace does not show any trace of writing to Program Files or HKLM (other than the ActiveX component) so a hardcoded check is most likely the case here.

I loaded ra60.exe in Ida Pro and waited for the autoanalysis to finish. Then I went to the Imports tab and searched for the GetTokenInformation API then pressed Ctrl-X so search for code that calls into this API:

The first occurrence is a direct hit, let’s have a look at the pseudo code:

Let’s work on that code to make a little better readable:

Besides the fact that the developer who thought it was a good idea to include an admin check should be shot, this code is broken! On Vista and higher versions of Windows because the Admin token is filtered out by User Account Control (unless we are elevated).

I decided to patch this function and make it always return TRUE (1), this is actually quite easy.

Go to the Disassembly view (IDA View-A) and position the cursor on the first line of code in the function:

Go to the Edit Menu and choose the Assemble option from the Patch Program menu and enter the following code:

The first line xor’s eax with itself, the result is that the eax register contains the value 0.

The second line, inc eax, increments the eax register value by one. This makes eax contain the value 1 (TRUE).

The last line, ret, returns from the function.

This is the end result:

Finally use the Apply patches to input file option from the Edit | Patch Program menu to save our changes back to disk (don’t forget to select the Create backup option: 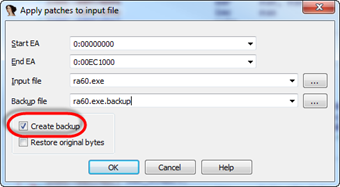 I started the patched executable and guess what? The missing menu is back!

Question is though, should we go this far to get an application to run? Obviously it would be better if the vendor would fix this issue and in all honesty I didn’t ask…

It’s also possible that my customer is using an older version of the application (for whatever reason).

So let’s hear it, I am very much interested in your opinion! Is this solution acceptable for you? Or would you rather make those users Administrator?


5 Responses for "Application Compatibility Fixing to the Extreme?"