I followed the 5 steps William describes to get a working OVF, however when I tried to import the OVF into vCloud Director I received the following message: 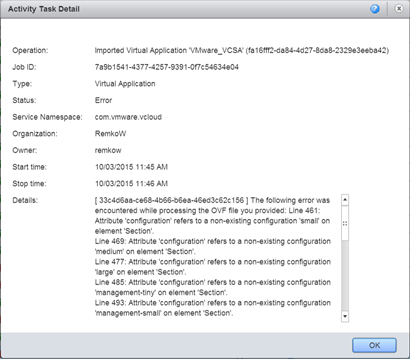 This happens because the VirtualHardwareSection still contains references to all the configurations (that we removed in step 3): 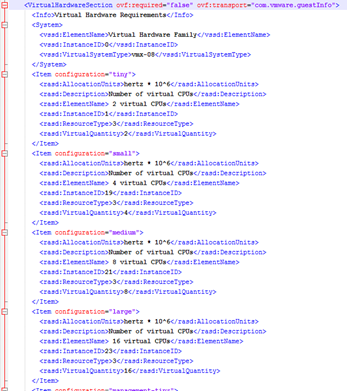 So for example if you’ve chosen “Tiny” you need to remove small, medium, large etc for all items which is quite a lot of work and error prone. And with the next version of VCSA you’ll need to do it again.

Therefore I’ve automated the process with PowerShell, let’s have a look at how the script works.

You need to extract the .iso file you downloaded from VMware and then run the PowerShell script.

Step 1 – The script will show a file dialog which you need to point to the vmware-vcsa file: 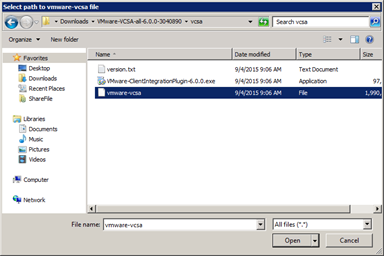 Step 2 – The script will call ‘ovftool’ to convert the OVA file to an OVF (the OVF will be written to an ovf subfolder):

Step 3 – The script will parse the OVF and ask you which type of appliance you’d like to deploy: 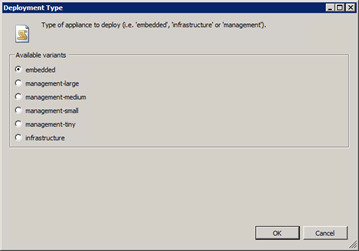 Step 4 – The script will ask which configuration you’d like: 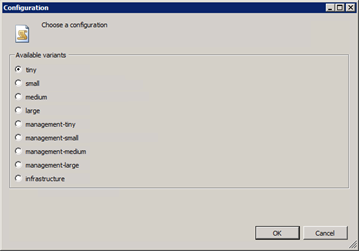 The script will save the new OVF file as vmware-vcsa-new.ovf in the OVF subfolder. And that’s it, you can now import/upload vmware-vcds-new.ovf