When using the Desktop App Converter there’s no need to sign the resulting .appx packages with your own code signing certificate when you submit them to the Store.

However if you want to test the package on a different machine or distribute it to test users you may want to sign the .appx with a certificate.

One option is to use the -sign parameter, in this case the Desktop App Converter generates a code signing certificate and signs the package with it. Although easy to use, it’s not very convenient if you want to distribute the .appx as you need to add the certificate to the Trusted People certificates store (for each user). See Run the Packaged App in the documentation.

END_OF_DOCUMENT_TOKEN_TO_BE_REPLACED

How to remove Windows.old folder

Just a very quick note here (mostly a note to self) but I had a couple of folder from previous Windows 10 installations named Windows.old Windows.old(1), Windows.old(2) etc.

These folders should be removed when you use Disk Cleanup and select the “Remove previous Windows Installation(s)” option. 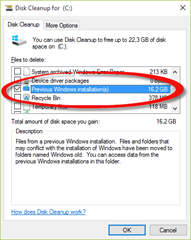 However I already did that and for some reasons a subfolder named C:\Windows.old\Users\<username>\AppData\Local\Packages\Microsoft.Windows.Cortana_cw
5n1h2txyewy\LocalState couldn’t be deleted and therefore the parent folder couldn’t be deleted.

I couldn’t delete them with Windows Explorer nor via the cmd prompt or PowerShell. Then I tried to use the \\? prefix and that worked:

So I decided to wrap signtool.exe in a PowerShell cmdlet as PowerShell also makes it easy to locate the correct code signing certificate from the certificate store. END_OF_DOCUMENT_TOKEN_TO_BE_REPLACED 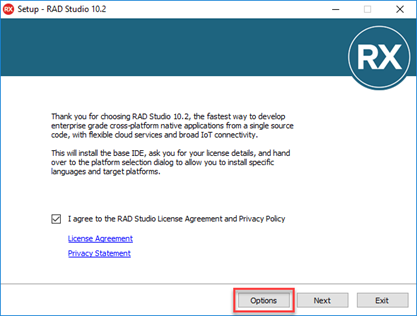 END_OF_DOCUMENT_TOKEN_TO_BE_REPLACED

Even though I try not to visit the forbes.com site anymore due to their heavy usages of ads, anti adblocker and overwhelming number of cookies they’re trying to push, sometimes however I accidentally follow a tweet that leads to forbes.com and just notice it to late.

Besides wasting your bandwidth, mobile data and especially time there have been a few occasions were the forbes.com page was actually serving malware from their adfeeds.

It annoys me bigtime so let’s “fix” this:

First thing that happens upon visiting the forbes site is that you get a blurred background with a random ad or quote of the day and you need to press Continue to article:

If you open the Developer console in Chrome (Application tab) you can see that Forbes uses a cookie that expires in 24 hours. This cookie make sure that you don’t see the “welcome” ad for 24 hours:

END_OF_DOCUMENT_TOKEN_TO_BE_REPLACED

I will explain why in a seperate post, but on my MacBook Pro I wanted to use the Intel Thunderbolt driver under BootCamp instead of the ones supplied by Apple.

The Thunderbolt control program however refused with the following error message:

It’s really beyond me why Intel would deliberately block their Thunderbolt software on Apple hardware (under Windows). Believing this was just a simple hardcoded hardware check rather than any hardware issue that would prevent the drivers to work I proceeded into finding where the check takes place.