END_OF_DOCUMENT_TOKEN_TO_BE_REPLACED

A while ago I published a tool to Encode and Decode Citrix passwords. Today I am publishing a small update to this tool that makes it scriptable by adding a COM interface.

If you start the tool without parameters you will get the GUI, just like before:

To use the COM interface you first need to register the executable with the /regserver switch:

After the registration you can call it using any language that supports COM. To get you started I wrote a few examples

END_OF_DOCUMENT_TOKEN_TO_BE_REPLACED

The case of the COM Port Redirection

One of my colleagues asked me to assist in troubleshooting an application called SmartWare FM running on Citrix XenApp.

This application reads data from an external device called SECUTEST.

The device is connected to a COM port which is redirected to the XenApp session. In contrast to Microsoft Remote Desktop Services COM ports are not automatically redirected in XenApp but need to be mapped via eg a logonscript (NET USE COM1: \\Client\COM1:) or using UEM.

In my case the COM port was mapped with RES Workspace Manager:

END_OF_DOCUMENT_TOKEN_TO_BE_REPLACED

The case of the missing audio

Yesterday I was asked to investigate a problem with a presentation pc. Even though the volume was set maximal there was not audio output.

The local sound volume control was published as a subscribed application so I launched that and verified that the volume was set to Maximum:

I decided to launch the local explorer shell and noticed that there were two volume control icons in the Traybar:

END_OF_DOCUMENT_TOKEN_TO_BE_REPLACED

Return username instead of computername in a ThinApp

One of the lesser known features of VMware ThinApp is that you can supply a Virtual Computer name.

This is documented as follows in the package.ini reference guide:

END_OF_DOCUMENT_TOKEN_TO_BE_REPLACED 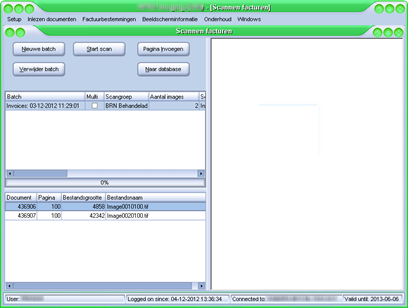