Imprivata fails to logon with special characters in the password

Users reported that logons failed after they had changed their password. After contacting the users we learned that this only happened with special characters in the password like ! and +.

To do the actual logon to Citrix Imprivata uses an executable which is actually an AutoIT script compiled to an executable.

After authentication the executable get’s the password from the Imprivata Appliance.

I decompiled the executable to source and read the line that passes the password to XenApp:

END_OF_DOCUMENT_TOKEN_TO_BE_REPLACED

I am running natively, so I am not using ThinApp or App-V.

I will follow this up later with a how-to blog.

Shutdown option on the logonscreen with Imprivata Onesign

I logged remotely to a server with RDP and I noticed that  I had options to restart or shutdown that server. This means we can shutdown or restart a server without physical access and without authentication: 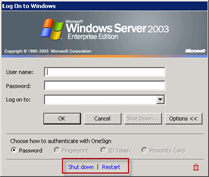 END_OF_DOCUMENT_TOKEN_TO_BE_REPLACED

Recently I published a Proof of Concept that showed it was possible to launch unauthorized processes with both AppSense Application Manager and RES Workspace Manager.

Although I didn’t test Microsoft Applocker I have no doubt at all that we couldn’t bypass it.

I have named my Proof of Concept the XLSploit because I am using Excel as a trampoline. I choose Excel because this is generally a trusted process and VBA offers access to the Windows API that is needed.

After publishing the XLSploit I have talked to both RES and AppSense and not that they both have a response to my Proof of Concept, I consider it safe to tell a little more about how it works.

If you are merely interested in stopping the XLSploit, please scroll down to the end of the article.

END_OF_DOCUMENT_TOKEN_TO_BE_REPLACED

I wanted to save the SHSH signatures from my iPhone before updating to iOS 5.01. I started Tiny Umbrella but it showed an error indicating that there’s already a process listening on port 80:

END_OF_DOCUMENT_TOKEN_TO_BE_REPLACED

I needed to change a few settings on a McAfee VirusScan Enterprise 8.7.Oi client. However there was a password protection in place that locks the user interface and nobody around that could tell me the password. So what to do?

Right, we check out where this password is stored and how we can get rid of it!

I openend vsplugin.dll in Ida Pro and searched for related strings such as password, lock etc.

END_OF_DOCUMENT_TOKEN_TO_BE_REPLACED

A while ago I was invited for a presentation at the UK Citrix User Group. I went there together with my colleague Ingmar Verheij and we had a great day there.

I was impressed with what I say there, a community that was very much alive and with good discussions. It was clear that the UK Citrix User Group was doing very well, thumbs up for their Steering Group!

So Ingmar and I wondered why there was no active Dutch Citrix User Group in The Netherlands. There had been an initiative in the past, the DUCUG so we decided to see if we could revive it.

END_OF_DOCUMENT_TOKEN_TO_BE_REPLACED 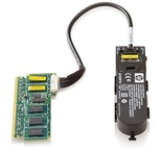 I wanted to know if a certain server had a Battery Backed Write Cache module (BBWC) on it’s array controller.

I suspected it did not, but I had to be sure. Since this server was running production I couldn’t open (Visual Inspection) or reboot it.

I knew that when you do a full install of the array controller bundled software it comes with a commandline tool, hpacucli.exe.

END_OF_DOCUMENT_TOKEN_TO_BE_REPLACED

I decided to have a look and downloaded this driver. The structure isn’t much different from the R251153 driver I described in my earlier post.

When installing it on a non authorized card/laptop combination the error is similar:

When the error message appeared I looked into the temp folder and I noticed that just like before 2 folders were created (with a GUID as name). One of these folders contained the file driver_auth.exe which, as I already knew, performs the actual validation.