END_OF_DOCUMENT_TOKEN_TO_BE_REPLACED

I wrote earlier about the startup logo’s on the Volkswagen RNS 510 navigation.

Today I can finally tell you that I succeeded!
I changed the startup logo to the logo from the MFD2 DVD as you can seen on this picture:

END_OF_DOCUMENT_TOKEN_TO_BE_REPLACED

The Volkswagen RNS 315 Navigation has a builtin Bluetooth carkit which is disabled by default. I am not sure why, I presume this is done because VW also sells carkits that integrate into the MFD.

The builtin carkit can be enabled using VCDS like this:

END_OF_DOCUMENT_TOKEN_TO_BE_REPLACED

I recently had some time to play with VCDS and a friend’s RNS 315 navigation. By default there is no test mode or hidden menu with extra features like on some other Volkswagen systems.

Using VCDS we can however (temporarily) enable the Developer mode.

END_OF_DOCUMENT_TOKEN_TO_BE_REPLACED

I have used the WP-Postviews WordPress plugin for a while to keep track of the number of times my blog posts are being read.

But after installing the W3 Total Cache plugin I noticed that the read counters weren’t properly updated anymore. I figured this was a consequence of using a cache.

END_OF_DOCUMENT_TOKEN_TO_BE_REPLACED

Renaming and hiding object in PowerPoint

I was working on a PowerPoint presentation that included screenshots that were using the Appear animation. I use it to only show a particular screenshot when I am actually talking about it.

However when editing the slide, the screenshots hide the slide text which makes it difficult to edit it.

And in the Animation Pane the pictures are shown as Picture1, Picture2 etc.

So I wanted two things;

END_OF_DOCUMENT_TOKEN_TO_BE_REPLACED

I ran into an error when I was upgrading hardware on an HP BL460c G6 Blade. 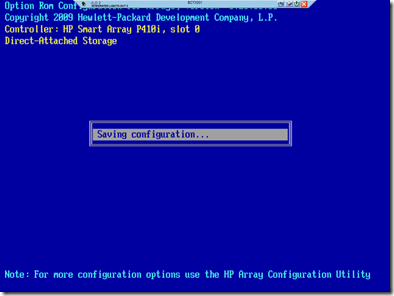 After a reset the Smart Array Controller (P410) halted a very long time on Initializing and eventually failed.

I retried the whole procedure with the same result but this time the controller reported: “previous lockup code 0xAB”.

My next step would be a firmware update and this kb article from HP confirms that it was indeed a firmware issue: HP Serial Smart Array Controllers P410/411/212/712m/410i – May Hang with Lockup Error Code 0XAB Configured in Zero Memory Mode.

This kb article also tells me why I didn’t have this error on another blade: that one had the Battery Backed Write Cache module.

A missing feature in the dUP2 Patch Generator has always been to correct the PE Checksum.

After all if you write a clever search&replace patch but have to include the PE Checksum it doesn’t make any sense.

But then I saw there’s a beta version of dUP2 that supports ome new features one of them being a fix checksum option! 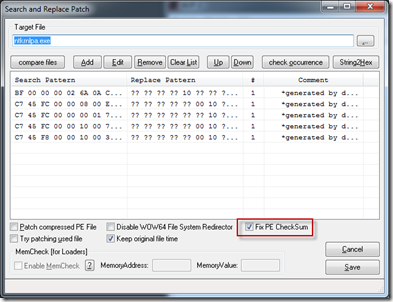 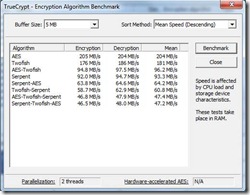