Archive for the ‘VMWare’ Category

It’s been a while since I last wrote a post but it does feel good so I’m expecting to pick up blogging in a more regular cadence soon!

This one is a quicky though, as I had an annoying issue with Ubuntu 22.04 VM’s running on VMware workstation.

Every time I attempted to paste a (larger) file from the host it would crash Ubuntu’s File Explorer (Nautilus):

Fortunately I found a workaround:

END_OF_DOCUMENT_TOKEN_TO_BE_REPLACED

Benjamin Delpy the author of the well known mimikatz toolkit has released a very cool extension to WinDbg today.

Especially the ability to extract passwords from .vmem files was very interesting. So I decided to to test this out, so let’s see how it works!

END_OF_DOCUMENT_TOKEN_TO_BE_REPLACED

For a research project I tried to install Windows NT 4 Terminal Server on VMWare Workstation (version 8).

The setup would always fail however with the following error: 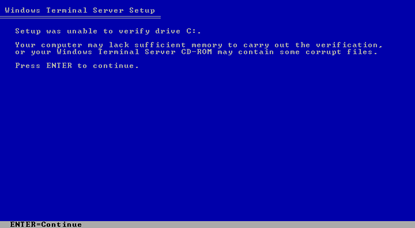 END_OF_DOCUMENT_TOKEN_TO_BE_REPLACED

I am running a virtualized Mac OS X machine in my VMWare Workstation but I noticed that after a period of inactivity the virtual machine would sometimes freeze.

Because this only happens after inactivity I assumed it had something to do with Power Saving so I changed the Energy Saver settings and that fixed it!