Archive for the ‘Windows 7’ Category

I was cleaning up some old data on my Hard Drive when I found a program I wrote about a year ago.

At that time I was doing a project where I was deploying a Windows 2008 based Citrix Environment.

I wanted to get rid of the new Personal Folders or User’s files icon on the Desktop and replace it with the familiar My Documents icon.

These settings are stored in the Registry under HKEY_CLASSES_ROOT\CLSID\{folder’s GUID}\ShellFolder.

END_OF_DOCUMENT_TOKEN_TO_BE_REPLACED

I have written a small commandline tool that shows the Active Directory Property Sheet for a given account.

The Property sheet is what you get when you doubleclick an object in Active Directory & Computers. Basically this tool is meant to make it easy to quickly view or change properties without needing to start a GUI tool and looking up the account in the AD Tree.
END_OF_DOCUMENT_TOKEN_TO_BE_REPLACED

Having fun with Windows Licensing

If you look into the registry in the key HKLM\System\CurrentControlSet\ProductOptions you will find several licensing related Values.

The ProductType and ProductSuite keys contain the OS Suite and Edition, but the ProductPolicy key is much more interesting. So let’s have a closer look at it, open RegEdit and DoubleClick the key, you will something like the screenshot below, a Binary Value:

As you can see the license names are there as a Unicode string and later on I will show you how we can read the values. But because I didn’t want to extract all the names manually I decided to see if I could reverse the used structure because it didn’t look very complicated. Using a Hex Editor I could determine the important part of the structure.

END_OF_DOCUMENT_TOKEN_TO_BE_REPLACED 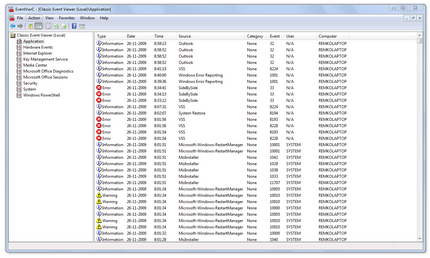 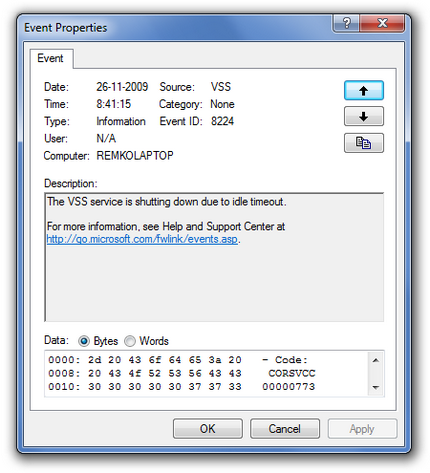 END_OF_DOCUMENT_TOKEN_TO_BE_REPLACED

I just installed my laptop with Windows 7 (x64) and I was curious how the new Windows XP mode worked (more on that topic later). After installing it I could no longer start any Virtual Machines in VMWare Workstation. The VM fired up but immediately halted with the following error: “VMware Workstation unrecoverable error: (vcpu-0)” “VCPU 0 RunVM failed: -2”.